Following a successful Viva examination, the examiners recommended that Richard Odic should be awarded a PhD for his work on the development and implementation of a distributed temperature sensor system for detecting and locating fires on aircraft. In addition to developing the hardware and software to achieve target specifications, the system was trialled successfully on an aircraft fuselage.

Tom Charrett at the House of Commons

Tom Charrett attended “Britain’s Younger Engineers 2004”, organised by SET for Britain , to present his work on Planar Doppler Velocimetry. The event was aimed to allow aspiring and lively younger scientists, engineers and technologists to present posters on their recent discoveries and ideas at a special reception in the House of Commons. 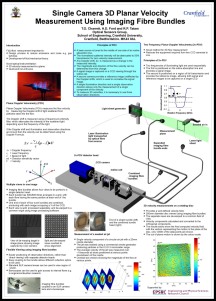 Dr Jane Hodgkinson presented deatils of her work at Avantica at the 34th GASG Colloquium held by the Gas Analysis and Sensing Group (GAS Group) at the Institute of Physics, London. The GAS Group is a technology club, intended to bring together manufacturers, users, laboratories and academic departments having technical interests in gas sensors and their applications, including environmental monitoring and health and safety. 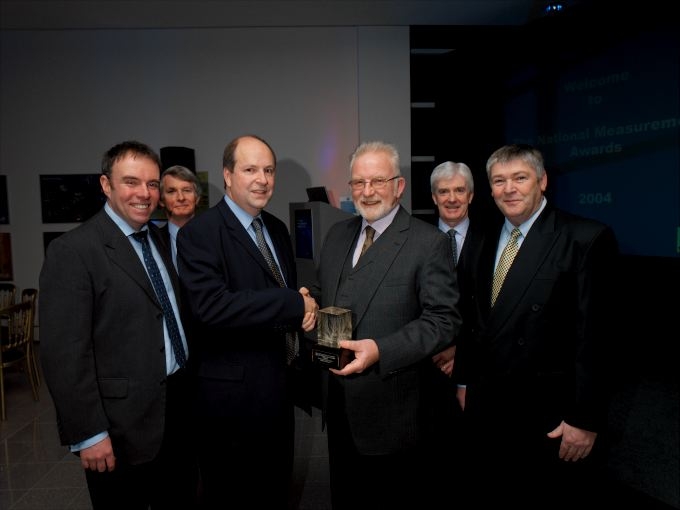 The OSG and the Nanomaterials group were awarded first prize in Category 1, Frontier Science and Measurement, of the National Measurements Awards at a ceremony held at the National Physical Laboratory in London on Monday 22 November. The award was made for work undertaken under a long-standing and on-going collaboration between the two groups, concerning the development of optical fibre devices in which nano-structured coatings, deposited onto the fibre using the Langmuir-Blodgett technique, influence the properties of light propagating in the fibre. By depositing functional materials, sensors for parameters such as temperature, pressure and species specific chemical concentration may be formed. The National Measurement Awards recognise outstanding achievement in the field of measurement and testing and acknowledge the application of best practice and innovation in all aspects of measurement from shop floor solutions to leading edge technologies. 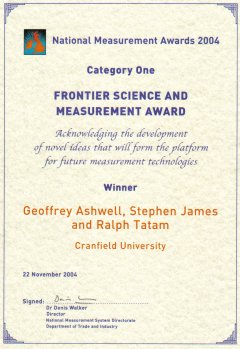 Prof Ralph Tatam has been awarded the degree of Doctor of Science (DSc) by Exeter University. A DSc is conferred upon candidates whose record of published work and research shows conspicuous ability and originality and constitutes a distinguished and sustained achievement. 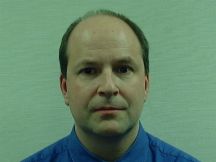 Prof Ralph Tatam was an invited participant at the Photonics in Biotechnology and Healthcare workshop, organised under the DTI LINK Optical Systems in the Digital Age programme. The meeting, held in the Lake District, brought leading academics, representatives of companies, medical practitioners and researchers together to review the state of the art in photonics research applied to biotechnology and healthcare, to explore opportunities for exploitation and to discuss future challenges and directions. Ralph gave a presentation that reviewed the principles and applications of Optical Coherence Tomography, and outlined work underway at Cranfield. 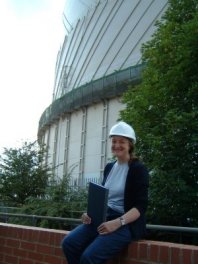 The EPG welcomes Dr Jane Hodgkinson to Cranfield. As holder of a highly prestigious EPSRC Advanced Fellowship, Jane brings complimentary expertise to the group, and will develop and exploit optical techniques for gas sensing.

The OSG exhibited and demonstrated a range of instrumentation that has been developed by the group, including a Hi-Bi fibre Bragg grating demodulation unit and a multi-component shearography system. Prof Ralph Tatam and Dr Steve James were on hand to discuss all of the group’s activities.

Helen Ford attended SET for Britain 2004, to present her work on Optical Coherence Tomography. The event was aimed to allow aspiring and lively younger scientists, engineers and technologists to present posters on their recent discoveries and ideas at a special reception in the House of Commons. 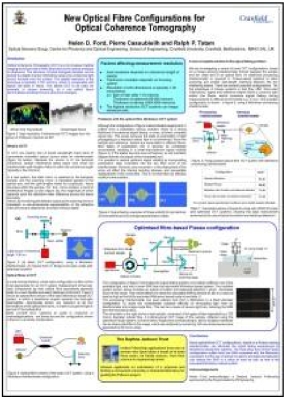 Category One – Frontier Science and Measurement.

The submission concerns the use of fibre Bragg grating sensors to monitor the cure of fibre reinforced polymer composites, which is the outcome of a long-standing collaboration between the EPG and the group lead by Prof. Ivana Partridge of the Advanced Materials Department.

Prof Ralph Tatam and Dr Steve James from the OSG and Prof Geoff Ashwell of the Nanomaterials group attended the Ministerial Networking event at the DTI in London on 20th September 2004. They had the opportunity to discuss the work with Lord Sainsbury, and with the award’s panel of judges. 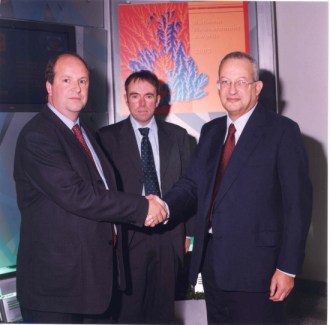 Ralph and Steve with Lord Sainsbury, Minister for Science and Innovation.

The Engineering Photonics Group was well represented at Photon 04, the Uk’s premier conference in optics and photonics. EPG work was presented in the Fibre Optic Sensors, Medicine and Life Sciences, Instrumentation and Measurement and Speckle Interferometry sessions, reflecting the breadth of activity within the group. 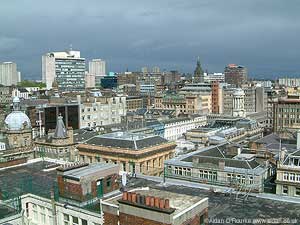 Ruth Beddows was successful in her PhD Viva, and will graduate in June 2005.

Dr Steve James has been awarded a 3 year EPSRC grant entitled Optical Fibre Long Period Grating Devices Using Nano-structured Coatings. In collaboration with Prof Tatam and Prof Ashwell of the Nanomaterials Group, the properties of fibre optic long period gratings with nano-structured coatings deposited via the Langmuir-Blodgett will be characterised, and their application as sensors will be explored.

Professor Ralph Tatam has been successful in gaining a prestigious EPSRC Platform Grant, entitled Development & Application of Photonic Instrumentation & Sensors . Platform grants aim to maintain and develop a strong UK science base by providing world-leading groups with continuity for key research staff (Research Associates) in order to undertake longer term and adventurous research with enhanced national and international networking. This five year award is aimed at providing a platform for interdisciplinary, collaborative research in state-of-the-art photonic instrumentation and sensors and their applications. The focus for this activity is the Engineering Photonics group, headed by Prof. Tatam, which has a large portfolio of interdisciplinary research programmes with other groups within the Centre for Photonics and Optical Engineering, other groups across the University, and with external organisations. The other groups involved are:

A view of the Royal Palace at Santander

Dr Steve James attended the 2nd European Conference on Fibre Optic Sensors, held in Santander, Spain, from the 9th to 11th June 2004. The EPG presented two posters at the event, attended by more than 250 researchers.

Stephen Buggy has joined the OSG to undertake a PhD programme involving the use of fibre grating sensors to monitor the cure of composite materials.

Dr Roger Groves represented the Engineering Photonics Group at the SPIE Photonics Europe conference, held at the Palais de la Musique et des Congrès, a short walk from the European Parliament, in Strasbourg, France. Dr Groves gave one oral presentation on his research in shearography, and a second oral presentation on the Bragg grating sensors research performed by Dr Edmond Chehura in the OSG. Both papers are to be published in the proceedings, (Proceedings of SPIE 5457).

Simon Reilly successfully negotiated his PhD Viva, and will graduate in July 2004.