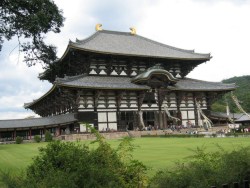 Three members of the Engineering Photonics group, Sammy Cheung, Helen Ford and Steve James attended the 16th International Conference on Fibre Optic Sensors, held in Nara, Japan. They presented 12 papers (the highest submission from a single group in the 20 year history of the conference) over the 5 days of the conference, but found time to enjoy the local scenery and cuisine. All three would like to acknowledge the support of the Royal Academy of Engineering, the Royal Society and the Institute of Physics which enabled them to represent the OSG at the conference . 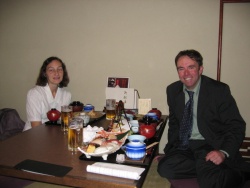 Prof. Ralph Tatam was the co-organiser, with Prof Julian Jones of Heriot-Watt University, of a one-day meeting entitled In-Fibre Gratings and Special Fibres held at Photonex2003, Stonleigh Park, Coventry, 8th October 2003. The meeting was the tenth in the series with 11 papers presented of which 3 were from the Cranfield group given by Dr Chen Chun Ye, and PhD students Imran Ishaq and Sammy Cheung. The meeting was one of several at Photonex organised by members of the Optical Group of the Institute of Physics, of which Prof. Tatam is the Vice Chairman.

Dr Helen Ford has been awarded a Daphne Jackson Fellowship, to run from October 2003 to September 2005. The Daphne Jackson Trust enables highly qualified women and men to return to their research careers in science, engineering or technology after a career break due to family commitments. Unlike many fields, change is very rapid and career breaks can be highly detrimental. Named after Britain’s first woman professor of physics, the Daphne Jackson Fellowships provide two-year, half-time funding combined with retraining and have been highly successful in reinstating talented researchers. 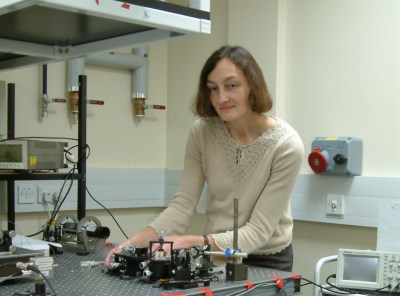 The submissions to Category One – Frontier Science and Measurement –

Prof. Tatam was an invited speaker at the 12th Coherent Laser Radar Conference held form the 15-20th June, 2003 in Bar Harbor, Maine, USA. The title of his paper was Planar Doppler Velocimetry and in it he described recent developments in this field with a focus on the use of coherent fibre bundles for multicomponent velocity measurement developed at Cranfield. The CLCR conference serves as a biannual forum for developments in the field of coherent laser radar and is the 12th in the series that began in 1980. 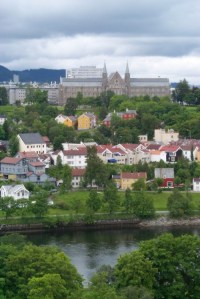 Dr Roger Groves presented a paper at Speckle Metrology 2003, held at the Norwegian University of Science and Technology (NTNU), Trondheim, Norway 18th-20th June 2003, discussing latest developments in multi-component shearography. He followed this up by attending the Optical Metrology conference, held at the ICM International Conference Centre, Munich, Germany, 23rd-26th June 2003, to talk about the use of fibre imaging bundles in shearography instrumentation, and to chair the Nondestructive Testing I session. 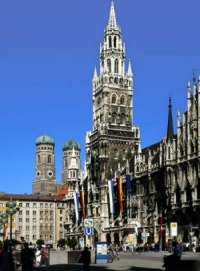