It is not possible to measure directly the three orthogonal components of velocity, as there is no practical arrangement of three views, using a single light sheet, where the sensitivity vectors are orthogonal. Therefore, the three measured velocity components must be transformed from the measurement coordinate system (non-orthogonal) to an orthogonal coordinate system. The condition number of the transformation matrix used for this conversion can provide a measure of the suitability of a viewing configuration. A well-conditioned transformation to orthogonal velocity components can be achieved by placing views so that they are well spread and ideally located on both sides of the light sheet. Other factors also have an influence on the performance of a viewing configuration. 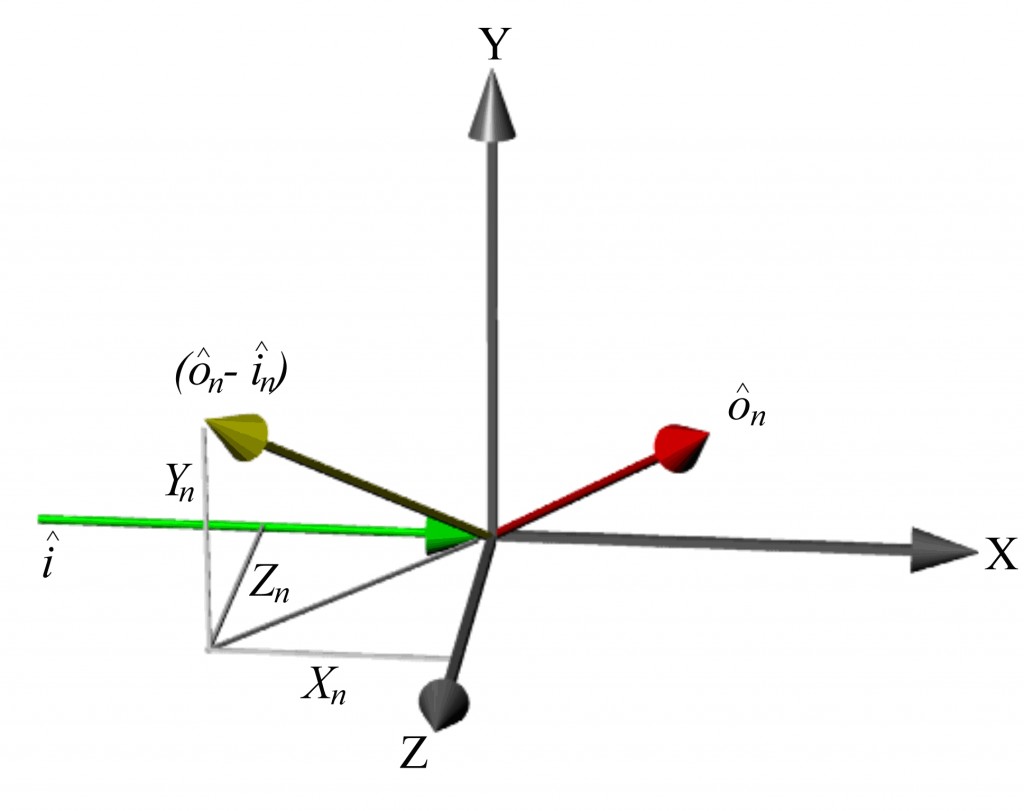 Magnitude of the measured component from camera views 1, 2, and 3.

In these equations the w is the weighting to apply to the measured velocity component, for the simplest case where all views are weighted equally w=1.

To investigate the selection of viewing configurations a model a 3d-PDV system was written in Matlab[2]. The basic stages of the model are shown in Figure 2.

Figure 3 Histograms of the error in the orthogonal components for configuration A (red) and configuration B (blue) for both the simulated (solid line) and experimental results (data points) for the velocity field of a rotating disc.