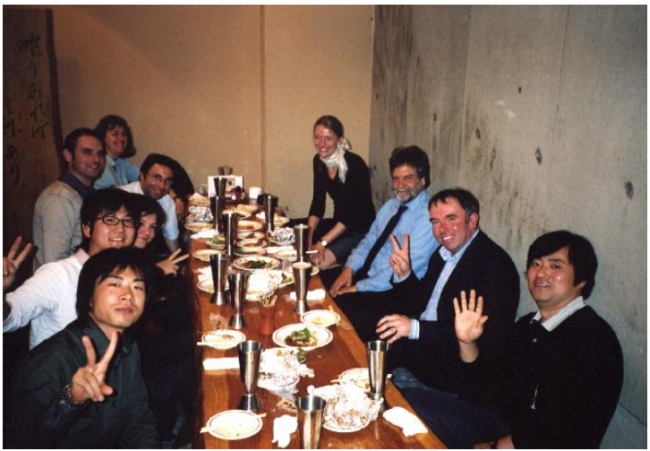 Renata Jarzebinska and Steve James visited Kitakyushu University to attend the 2nd International Optical Sensors Symposium for optical sensor development and applications, organised by Professor Bill Batty of Cranfield University at Kitakyushu. Steve presented two papers describing the group’s activities in gas sensing and in fibre optic sensing, while the collaborative work of the EPG and Prof. S W Lee’s group from the University of Kitakyushu on fibre optic chemical sensing was presented by Dr. Sergiy Korposh of KKU.

The highly successful symposium was followed by a two-day workshop of optical fibre sensors, and spent a further, very fruitful two weeks in Prof. Lee’s labs.

Ralph Tatam to appear on The Simpsons?

Ralph Tatam was invited to make a presentation on the EPG’s work on quantitative shearography in Springfield, USA, at the Society for Experimental Mechanic’s Fall meeting celebrating the 60th anniversary of holography. 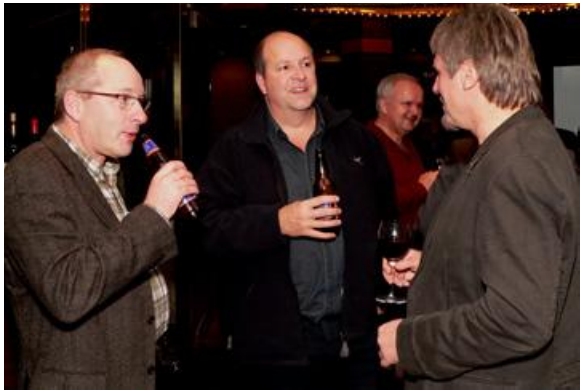 Stephen Buggy flew in from South Africa to successfully defend his thesis, and then flew out again. 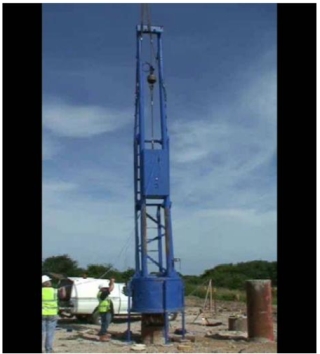 Members of the EPG team (Edmond Chehura, Ricardo Correia, Jin Li, Steve James, and Steve Staines) spent much of the summer installing fibre Bragg grating sensors on foundation piles at sites in Hull and in North London. The work, funded by the EPSRC Challenging Engineering Award, was aimed at investigating the use of static, statnamic, and dynamic testing to assess the health of foundation piles, and to investigate the load bearing capacity of a new design for foundation piles. Details of the test will be posted soon.

Our work on second harmonic generation using monolayer coated optical fibres has been featured in Laser Focus World’s Newsbreak section. The article can be read here and our feature is the third one in the series.

Dan Francis interrupted his preparations for his round the world trip to defend his thesis.

Richard Murphy became the latest member of the EPG to successfully defend his thesis.

Steve James visited Kitakyushu University in Japan to make a presentation at a symposium on the EPG’s work on fibre optic sensors based on LPGs coated with nano-structured coatings, and to spend some time working in the laboratories of Professor S-W Lee, a chemistry professor, running a research group with interests in the use of nanomaterials for chemical sensing.

Prof. Lee then visited Cranfield with members of his team to continue the work. The results of which will be published shortly.

Prof. Lee’s visit was closely followed by a visit from Dr. Suzuki, also of Kitakyushu University, who came to undertake collaborative work in the field of speckle interferometry.

Conference in a land down under

Members of the EPG will attend OFS-19 in Perth, Australia in April 2008, presenting recent progress in a number of fields; including shearography, full-field flow measurement, and long period and fibre Bragg grating sensors. 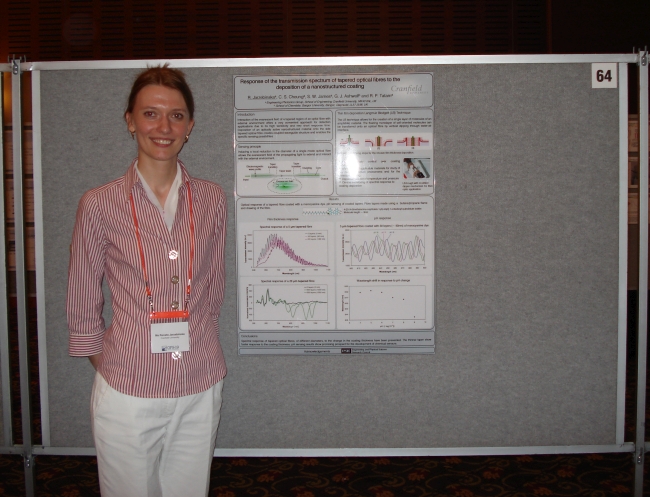 Response of the transmission spectrum of tapered optical fibres to the deposition of a nanostructed coating
S C Cheung, S W James, and R P Tatam
Presented at OFS-19, Perth, Australia, 2008.
To be published in the proceedings, SPIE, 2008.