Congratulations to Stephen Buggy on winning the IET’s Railway young professionals’ best paper competition. The Award was presented at an event held at the IET’s headquarters in London, during which Stephen placed his work on condition monitoring of rail components using fibre Bragg gratings within the competition theme of “austerity in the engineering industry”. Stephen won a years free membership of the IET and was presented with a trophy. The co-authors of the paper are from Cranfield (Steve James, Steve Staines, and Ralph Tatam), Tata Steel (Jay Jaiswel) and Sheffield Stagecoach Supertram (Rob Carroll), partners on the PMnIDEA EU FP7 programme under which this work was carried out.

Steve James and Matthew Partridge attended the IEEE Sensors conference, held in Limerick. Matthew presented his recent work on the development of a surface pressure sensor based on a tapered optical fibre. Steve particularly enjoyed the banquet that was held at Thomond park, the legendary home of Munster rugby.

In his capacity as director, Ralph Tatam attended the SPIE board meeting at SPIE’s headquarters in Bellingham, Washington, USA.

Andrea Cusano of the University of Sannio, Italy, has taken over as editor of Optics and Laser Technology from the DEP’s Steve James, who has come to the end of his contract with Elsevier. Over the period of Steve’s editorship, the impact factor of the journal increased from 0.635 to 1.616. Steve oversaw the introduction of the use of Elsevier’s EES system to manage the peer review process and allow electronic submission of papers to the journal. He wishes Andrea every success in his new role. Ralph Tatam has been appointed as the European regional editor of Measurement Science and Technology. He will take up this role in January 2012.

Helen Ford presented her latest work on the use of imaging fibre bundles in OCT at the 4th EOS topical meeting on optical microsystems, 26-28 September 2011. 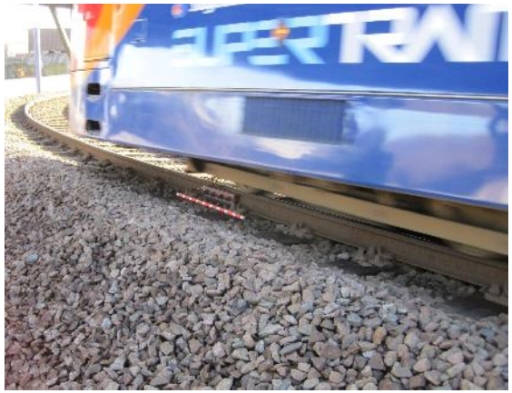 An article outlining the DEP’s activities on instrumenting rail components using fibre Bragg grating sensors has appeared in Railway Gazette International, August 2011. The article reports on the work carried out on the Sheffield Stagecoach Supertram network as part of the EU FP7 PMnIDEA project, where the strains experienced by fishplates, stretcher bars, and switchblades when a tram passes over them have been monitored.

The impact factor of Optics and Laser Technology, edited by Steve James, leapt to 1.616.

DEP/Alphasense co-designed optics for a compact NDIR gas sensor have resulted in a 10-fold increase in signal-to-noise ratio. Housed in a standard 20 mm x 16.6 mm case, the IRC-A1 carbon dioxide sensor has unique moulded-in optics that give it distinct advantages over the competition.

Ralph Tatam and Jane Hodgkinson represented the Department of Engineering Photonics at Photonics West, held in San Francisco, 22-27 January 2011, Ralph attended in his capacity as a member of the SPIE board of directors, while Jane presented a paper describing the development of an instrument for use in carbon trading on landfill sites. The instrument, which is being commercialised by Geotech, represents the culmination of our Knowledge Transfer Partnership (KTP) collaboration (which finished in January). 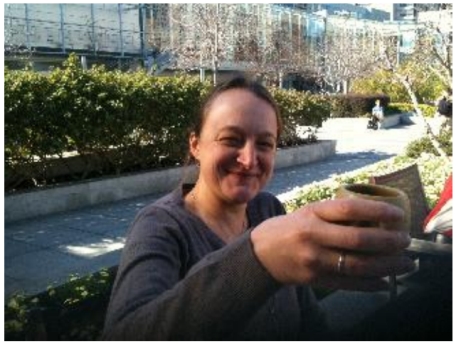 Jane Hodgkinson enjoys a refreshing cup of tea outside the conference centre in San Francisco.

Congratulations to Ryadh Zakaria on the successful conclusion of his PhD studies on the development of NDIR instrumentation of CO2 gas sensing. 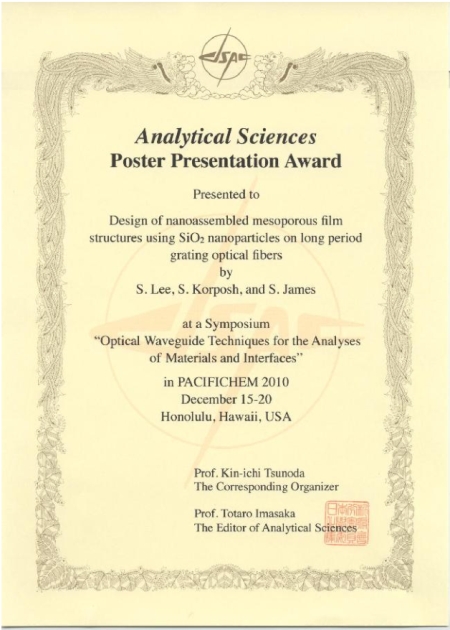