In June, 8 members of the Engineering Photonics team attended the Laser World of Photonics trade show in Munich. This is one of the world’s largest trade shows for optics and photonics and is held biennially at Messe München to the east of the city. This year there were nearly 1,300 exhibitors and more than 32,000 visitors. 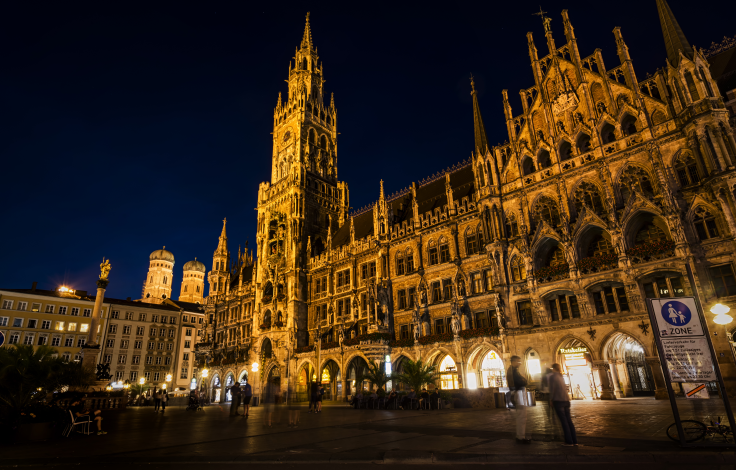 The Neues Rathaus on Marienplatz.

We were there to exhibit a series of demonstrated experiments from a range of research areas within the group, including wavelength control, optical gas sensing, fibre-based interferometric sensing, and laser speckle odometry. More details on the individual demonstrators can be found here 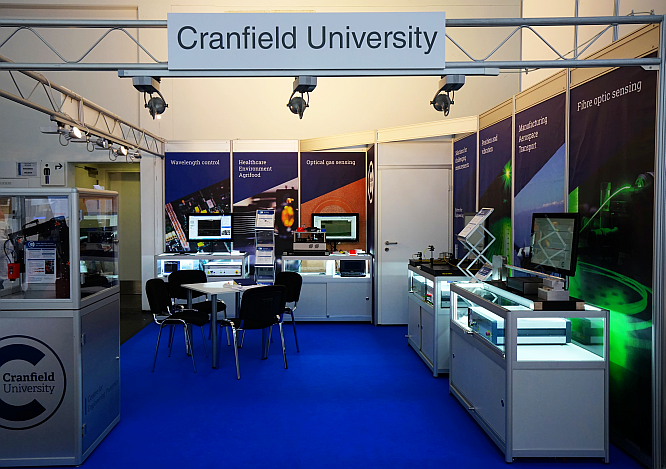 After a hot and tiring first few days setting up the stand and all the demonstrators, we were finally ready to begin the show. Although we were dwarfed by the Hamamatsu stand opposite, ours looked very impressive and professional by the time it was completed. The stand was very popular and we had many visitors, both new and well-known, from companies and universities around the world. It was a job to keep track of all the business cards that we had acquired! 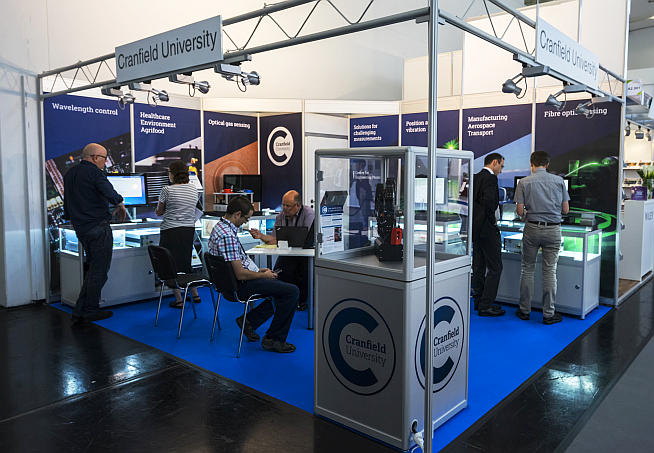 At one of the quieter times during the fair.

In addition, the trade fair is held in conjunction with the World of Photonics Congress which holds a number of conferences including SPIE Optical Metrology, and CLEO. The group had three talks in the conferences presented by Thomas, Vangelis, and Tom. Details of the talks are provided below.

It was a very busy week but we still found plenty of time to enjoy the sights of Munich and the Bavarian beer and sausage! 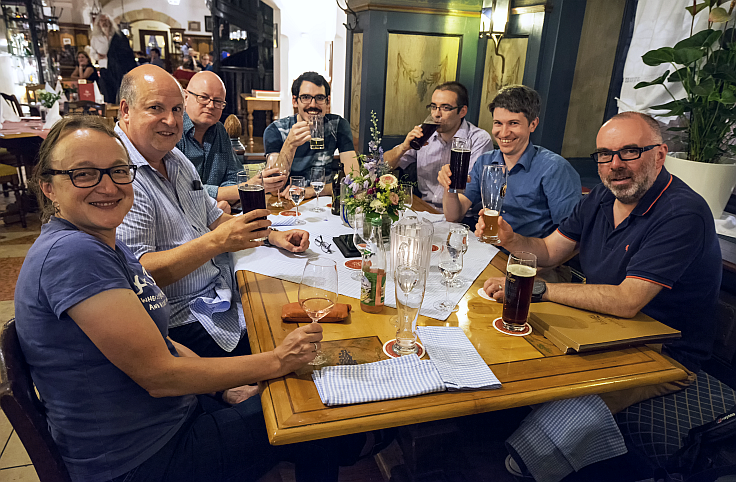