Dr Edmond Chehura has recently returned from a visit to the National Institute of Applied Optics (INOA) in Naples (Italy) during the months of May and June (2006) where he was involved with scientific research. He was able to perform high resolution static and dynamic strain-temperature discrimination using the Institute’s expertise in laser radio frequency modulation techniques for phase sensitive fibre Bragg grating interrogation. He is currently writing up the work for journal publication.

Steve James has taken over as Editor in Chief of Optics and Laser Technology. 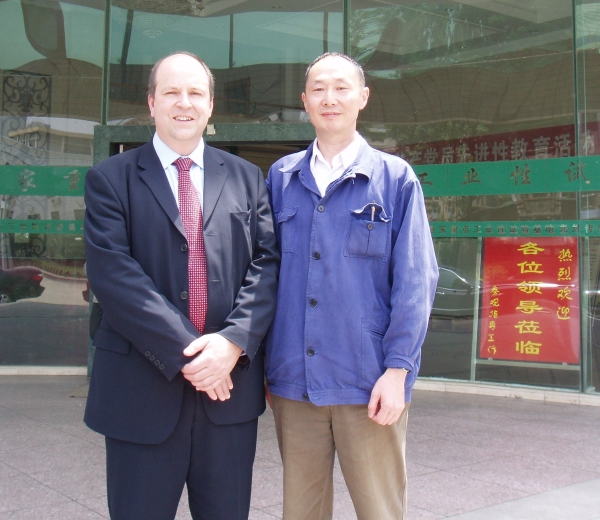 Ralph with Professor Weilai Li, who had previously spent time as a visiting professor in Engineering Photonics in 2004, when he visited Wuhan University in China.

Buggy at the House of Commons

Stephen Buggy attended “Britain’s Younger Engineers 2006”, organised by SET for Britain , to present his work on resin cure monitoring using optical fibre long period gratings. The event was aimed to allow aspiring and lively younger scientists, engineers and technologists to present posters on their recent discoveries and ideas at a special reception in the House of Commons. 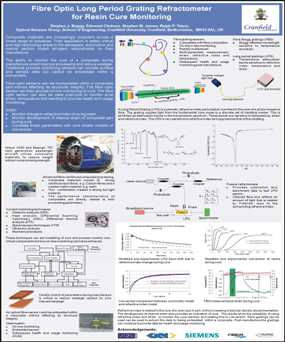 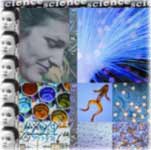 Helen Ford has been awarded first prize in the “Higher Education and Learning Institutions” category at the recent award ceremony of the British Female Inventors and Innovators Network, for her work on the medical imaging technique of optical coherence tomography, sponsored under a Daphne Jackson Fellowship. Helen, who works in the Engineering Photonics Group in SoE, presented a prototype system which eliminates the present necessity for beam scanning at the tip of endoscopic OCT probes, allowing an extended area of the sample to be imaged and 2D data to be obtained with a single measurement. 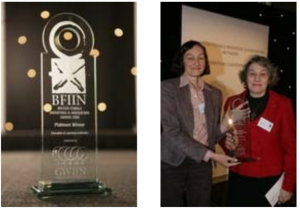